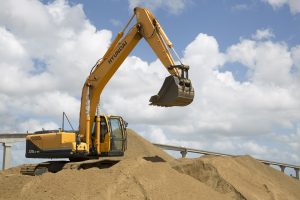 Whether you are a construction worker, are considering becoming one or are simply interested in the industry and having the right knowledge is important. This is especially true if you’re interested in how construction will change in the future. Check out these facts and figures about commercial construction and see if any of them surprise you.

When it comes to breaking ground on new projects, the United States is second in the world. Nearly 10 percent of new commercial construction takes place in the United States. In 2013 alone, New York City spent $8.5 billion on new projects. Houston and Dallas ranked second and third, spending a combined $10 billion the same year.

As natural disasters increase and scientists tell us things are changing, the environment is heavy on everyone’s mind, and construction companies are no exception. Going green is one of the biggest trends in the industry. The Environmental Protection Agency believes that nearly half of all new buildings are created using at least some green materials, a statistic that translates to roughly $145 billion.

The Future of Construction

In 2018 and beyond, expect to see more environmentally friendly practices in commercial construction. As of 2012, 41 percent of commercial office buildings were already green, up from a mere two percent in 2005. Leadership in Energy and Environmental Design certification is becoming the gold standard. It isn’t just the United States, either. Nearly 70,000 LEED projects are currently underway, and they span more than 150 countries.

With construction on the rise, there will be plenty of need for architects, construction managers and workers over the next few years. People who want to get their foot in the door of the industry should being learning what it means to “go green” now. Doing so ensures you’re ahead of the game when the time comes.